Not just for farms, ranch rail fences are a popular trend in the Atlanta area. Contact us today for a free quote!

Ranch Rail Fences We Could Install for You

A ranch style fence is an ideal design for any property in and around Atlanta. While it comes particularly in handy if you own large animals, such as horses, cows, goats, or sheep, a ranch rail fence is a beautiful finishing touch to the exterior of any property. Keeping your animals safe by making sure they stay on your property and away from the road, or other people’s property, is the primary function of a split rail fence. This type of fence is also a beautiful and eye-catching addition to any home. 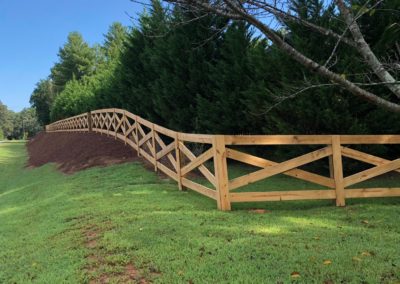 Ranch Rail in a Field 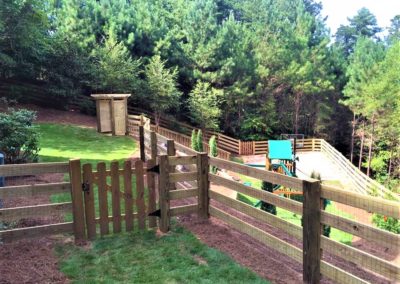 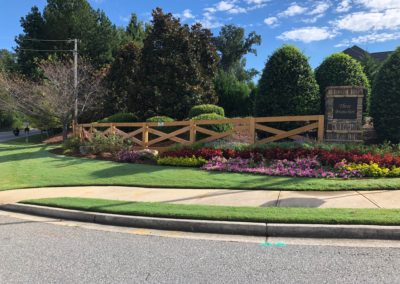 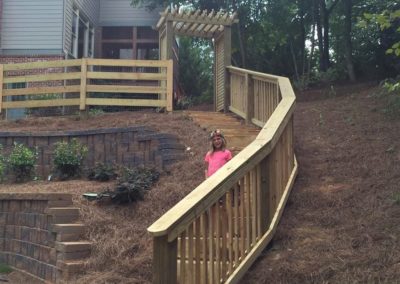 Ranch Rail – Down a Hill 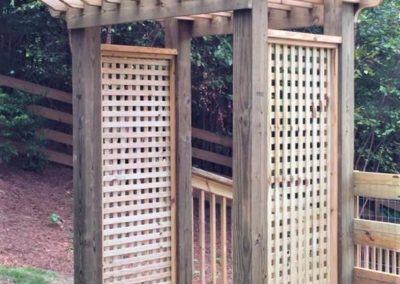 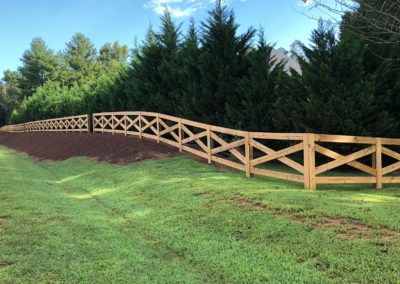 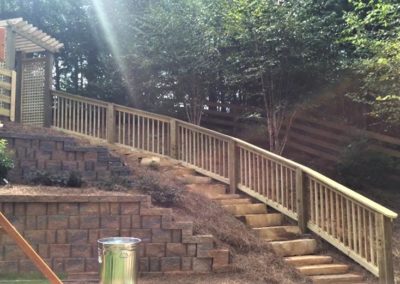 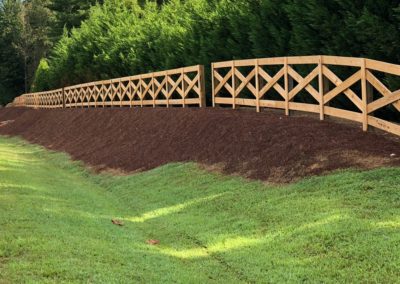 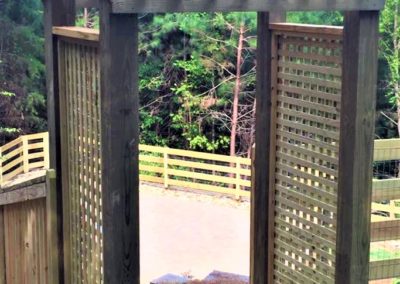 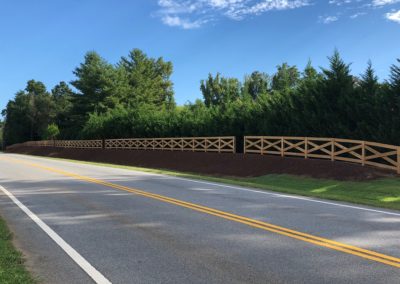 Ranch Rail – from the Road 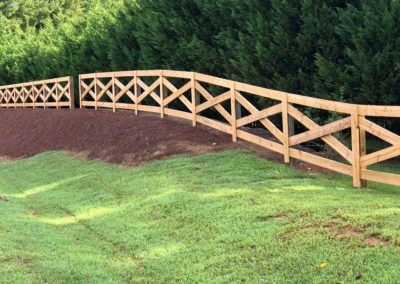 Like other types of fencing that Apex Fence Company specializes in, there are a number of different designs of ranch rail fence for you to choose from:

Ranch rail fencing is manufactured using pressure treated pine. Using this type of material usually gives you at least 15 years of beautiful service that requires very little in the way of maintenance. In many cases, it is not unusual to see fences that are as old as 20 to 25 years still providing their owners with fantastic service.

Pressure treated pine is resistant to rot and bugs.

Pressure treated pine is grown as well as harvested locally in the Southeast so it is both cost effective and readily available to homeowners in the Atlanta area.

Do you need split rail or ranch rail fence installation?